Exhibition Makers company has been active in exhibition industry for 10 years  in Istanbul . By having iso 9001 and 10002 certificate and stand design grade , the company is consistently trying to offer novel modern exhibition services. 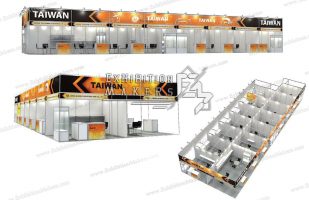 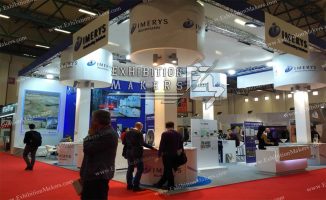 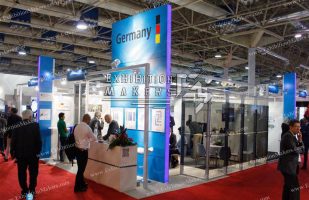 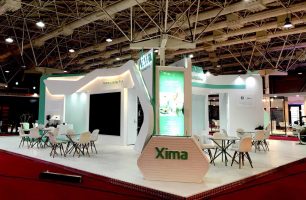 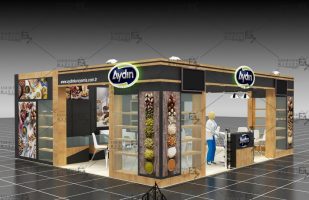 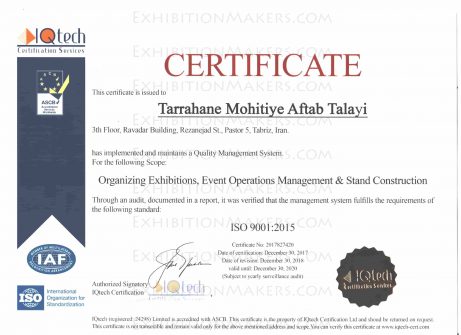 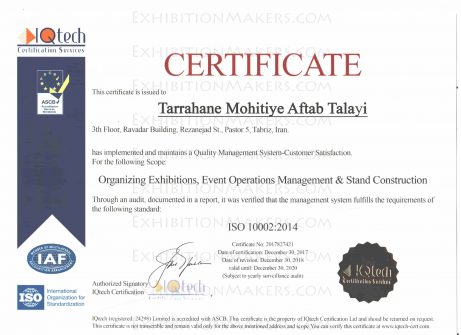 We have embarked on designing and constructing booths since 2003, cooperating with the greatest human sources, specially the expert and outstanding ones by using the best qualified machines and tools such as CNC systems that have enabled us to present the most sophisticated designs within the shortest time period. these factors have enabled us to give the best services ever to our customers in each part of Iran by considering every amount of budget.

Our services are including:

-Design and construction of booths by using wooden materials

-Design and presenting of booth by using maxima elements

-Design and presenting of exhibition elements by using space frame

Handing over the booth a day before exhibition

Working with professional and skilled workforce

uilding booth for even foreign countries

The reason that you can trust us

With a PPP-adjusted gross domestic product of US$301.1 billion, Istanbul ranked 29th among the world’s urban areas in 2011. Since the mid-1990s, Istanbul’s economy has been one of the fastest-growing among OECD metro-regions. Istanbul is responsible for 27 percent of Turkey’s GDP, with 20 percent of the country’s industrial labor force residing in the city.Its GDP per capita and productivity are greater than their national averages by 70 percent and 50 percent, respectively, owing in part to the focus on high-value-addedactivities. With its high population and significant contribution to the Turkish economy, Istanbul is responsible for two-fifths of the nation’s tax revenue. That includes the taxes of 37 US-dollar billionaires based in Istanbul, the fifth-highest number among cities around the world.

A view of Levent, one of the main business districts in Istanbul and home to the city’s tallest buildings.

As expected for a city of its size, Istanbul has a diverse industrial economy, producing commodities as varied as olive oil, tobacco, vehicles, and electronics. Despite having a focus on high-value-added work, its low-value-added manufacturing sector is substantial, representing just 26 percent of Istanbul’s GDP, but four-fifths of the city’s total exports. In 2005, companies based in Istanbul produced exports worth $41.4 billion and received imports totaling $69.9 billion; these figures were equivalent to 57 percent and 60 percent, respectively, of the national totals.

Istanbul is home to Borsa Istanbul, the sole exchange entity of Turkey, which combined the former Istanbul Stock Exchange, the Istanbul Gold Exchange, and the Derivatives Exchange of Turkey. The former Istanbul Stock Exchange was originally established as the Ottoman Stock Exchange in 1866. During the 19th and early 20th centuries, Bankalar Caddesi (Banks Street) in Galata was the financial center of the Ottoman Empire, where the Ottoman Stock Exchange was located.Bankalar Caddesi continued to be Istanbul’s main financial district until the 1990s, when most Turkish banks began moving their headquarters to the modern central business districts of Levent and Maslak. In 1995, the Istanbul Stock Exchange (now Borsa Istanbul) moved to its current building in the İstinye quarter of the Sarıyer district. A new central business district is also under construction in Ataşehir and will host the headquarters of various Turkish banks and financial institutions upon completion.

As the only route to the Black Sea, the Bosphorus is one of the busiest waterways in the world.

As the only sea route between the oil-rich Black Sea and the Mediterranean, the Bosphorus is one of the busiest waterways in the world; more than 200 million tonnes of oil pass through the strait each year, and the traffic on the Bosphorus is three times that on the Suez Canal. As a result, there have been proposals to build a canal, known as Canal Istanbul, parallel to the strait, on the European side of the city. Istanbul has three major shipping ports—the Port of Haydarpaşa, the Port of Ambarlı, and the Port of Zeytinburnu—as well as several smaller ports and oil terminals along the Bosphorus and the Sea of Marmara. Haydarpaşa, situated at the southeastern end of the Bosphorus, was Istanbul’s largest port until the early 2000s. Shifts in operations to Ambarlı since then have left Haydarpaşa running under capacity and with plans to decommission the port. In 2007, Ambarlı, on the western edge of the urban center, had an annual capacity of 1.5 million TEUs (compared to 354,000 TEUs at Haydarpaşa), making it the fourth-largest cargo terminal in the Mediterranean basin.The Port of Zeytinburnu is advantaged by its proximity to motorways and Atatürk International Airport, and long-term plans for the city call for greater connectivity between all terminals and the road and rail networks.

Istanbul is an increasingly popular tourist destination; whereas just 2.4 million foreigners visited the city in 2000, it welcomed 12.56 million foreign tourists in 2015, making it the world’s fifth most-visited city.Istanbul is Turkey’s second-largest international gateway, after Antalya, receiving a quarter of the nation’s foreign tourists. Istanbul’s tourist industry is concentrated in the European side, with 90 percent of the city’s hotels located there. Low- and mid-range hotels tend to be located on the Sarayburnu; higher-end hotels are primarily located in the entertainment and financial centers north of the Golden Horn. Istanbul’s seventy museums, the most visited of which are the Topkapı Palace Museum and the Hagia Sophia, bring in $30 million in revenue each year. The city’s environmental master plan also notes that there are 17 palaces, 64 mosques, and 49 churches of historical significance in Istanbul. 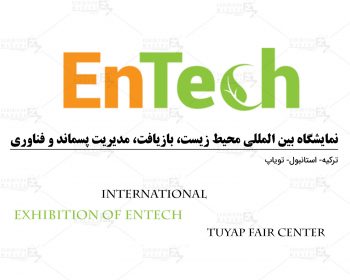 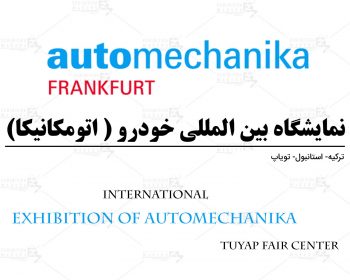 Istanbul International Exhibition of Automechanika (Tuyap Fair Center) will be hold in Istanbul international exhibition between 04 to 07 Apr 2019. 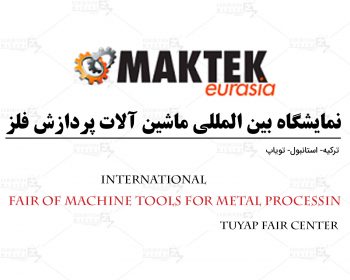 The Design and Decoration of Exhibition Stands 1

Introduction   Access to a stabilized and multilateral growth in economy requires pursuing fit patterns of economical development. The experience of countries, especially those of Eastern Asia, is explicable to the subject that countries have properly utilized that they have achieved a high and stable growth of economy. non-oil exports replacement policy for providing the required country exchange namely the...

The Design and Decoration of Exhibition Stands 2

Stand size The determination of the size of stand is not just a matter of taste and talent. Just the vastness of sand too does not upgrade the company credibility and its smallness too may not justify the objectives of the company; therefore, for determining the required size of a stand one should consider the number of the articles, size...

The Design and Decoration of Exhibition Stands 3

Exhibition compartment The exhibition compartment considered one of the principle parts of the stand. In this part services presentation and goods and or the models done the communication between the stand manager and or the selling unit and technique persons in charge with visitors and buyers are linked. The visitor becomes closely familiarized with the product and the objectives of...

The Design and Decoration of Exhibition Stands 4

Kinds of stands The stands concerning with the status of position have different definitions and separate divisions such as stand in the covered area and stand in open area but from viewpoints of demonstration corners the stands are defined as follows: Ordinary stand or Linear stand The stand row of this stand neighboring with the near stands with a common...

The Design and Decoration of Exhibition Stands 5

Designing of stand Creativeness and the art of better living in the limited time and space can be the first idea for designing any fair stands. Why the stand designing in the holding exhibition processing is of much importance? because if the design of a stand be proper and complete it conveys the stand holder’s and/ or a company message...

The Design and Decoration of Exhibition Stands 6

The feasibilities and equipment required for designing and stand make up As it mentioned previously, the stand designing is a composition of technique and art, therefore the required devices for this work will be in the category of techniques and art.  The necessary requirements for designing and making up consist of water, power, and audio-visual, office equipment, decorative devices, and...